Minecraft is a vastly popular game that is playable on nearly every modern device, including the Xbox One. Since the release of the Bedrock Edition of the game, players have been able to play the sandbox title on a plethora of gaming consoles. The game also offers modding capabilities that allow players to create and install different types of addons to the game.

Addons are types of mods that either add or change certain things in the game. From adding new items and non-mob entities to new animations and mobs, addons can completely transform the look and feel of the game. Players can simply head to mcpedl.com and search for any addons they want to download and install via the MC Add-on application. While thousands of addons are present on the site, here are the five most popular ones in the community.

Note: The rankings in this article solely reflect the most popular addons on mcpedl.com

Top 5 most popular addons for Minecraft on Xbox One (2022)

Loled furniture is a well-known addon for Minecraft PE. This adds loads of new types of blocks that focus on furnishings, interior design, and exterior design. Items like benches, dustbins, street lamps, cars, chair tables, kitchen items, and much more can be accessed through this addon. These addons can be activated from the Resource pack tab under settings in the game. 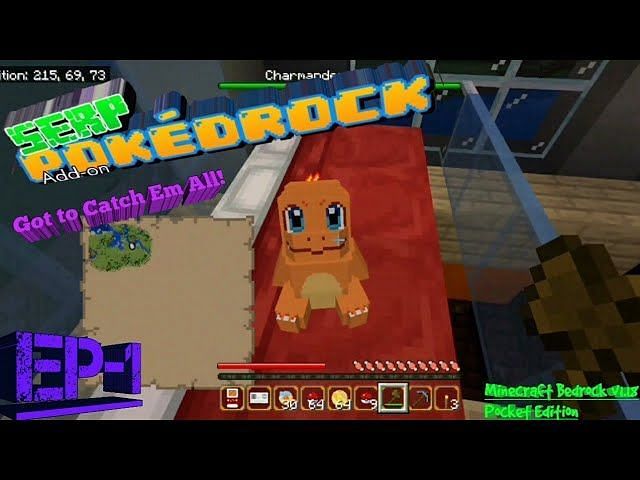 This is another excellent mod for Minecraft PE that adds most of the elements from old Pokemon games, including several Pokemon characters, Pokemon hospital buildings, and more that are scattered around the normal-looking game world.

Players are initially greeted by Professor Oak before getting some items and being sent off on their adventure. Players can also randomly find Pokemon and fight them as well. 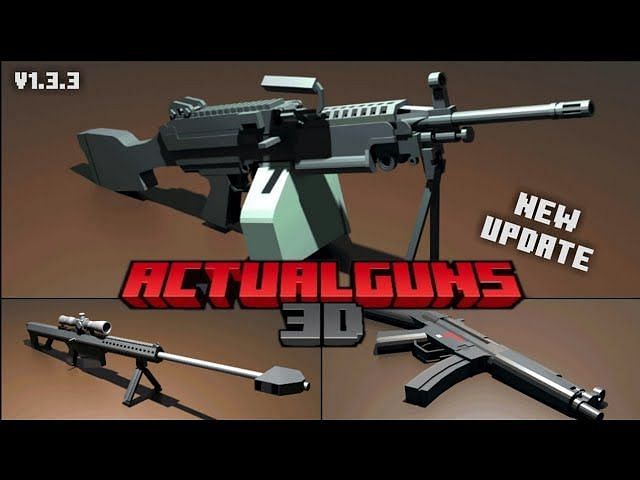 Fans of both Minecraft PE and other famous shooter games like Valorant, CSGO, and Call Of Duty will love this mod. This mod adds all kinds of guns and bombs to the game that players can choose to play with. It is perfect for a multiplayer server where players can play with each other and create custom minigames. 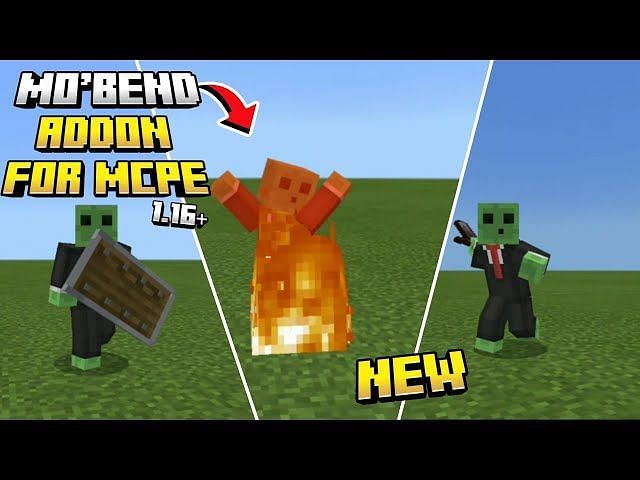 Even though it’s been a long time since Minecraft PE was first released, the animation of the player remains quite basic and boring. Sprinting, jumping, sneaking, burning, and other animations can sometimes feel bland.

This is where the New Player Animation mod comes in. This essentially revamps the player’s animation completely, making it much more fluid and natural. The character’s hands and legs can bend and feel much more natural than before. 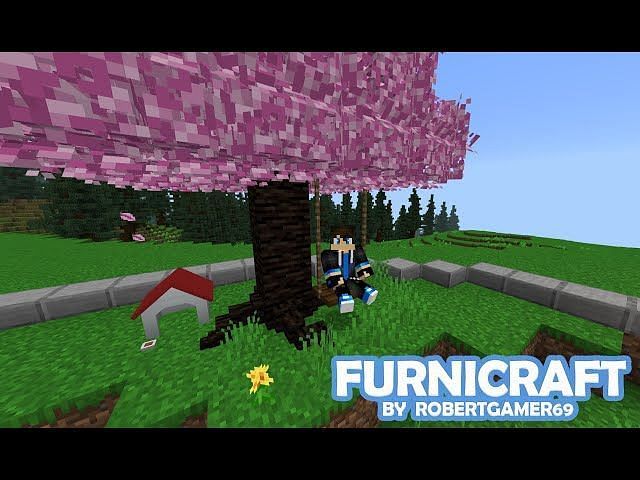 If players are completely bored of the normal blocks and items in vanilla Minecraft PE, they can download Furnicraft, which is loaded with all kinds of new blocks that can enhance the gameplay experience.

This mod offers everything from simple home decor items to fun playground slides, swings, and much more. It completely revamps the look of the game and makes it more interesting for players to explore building.